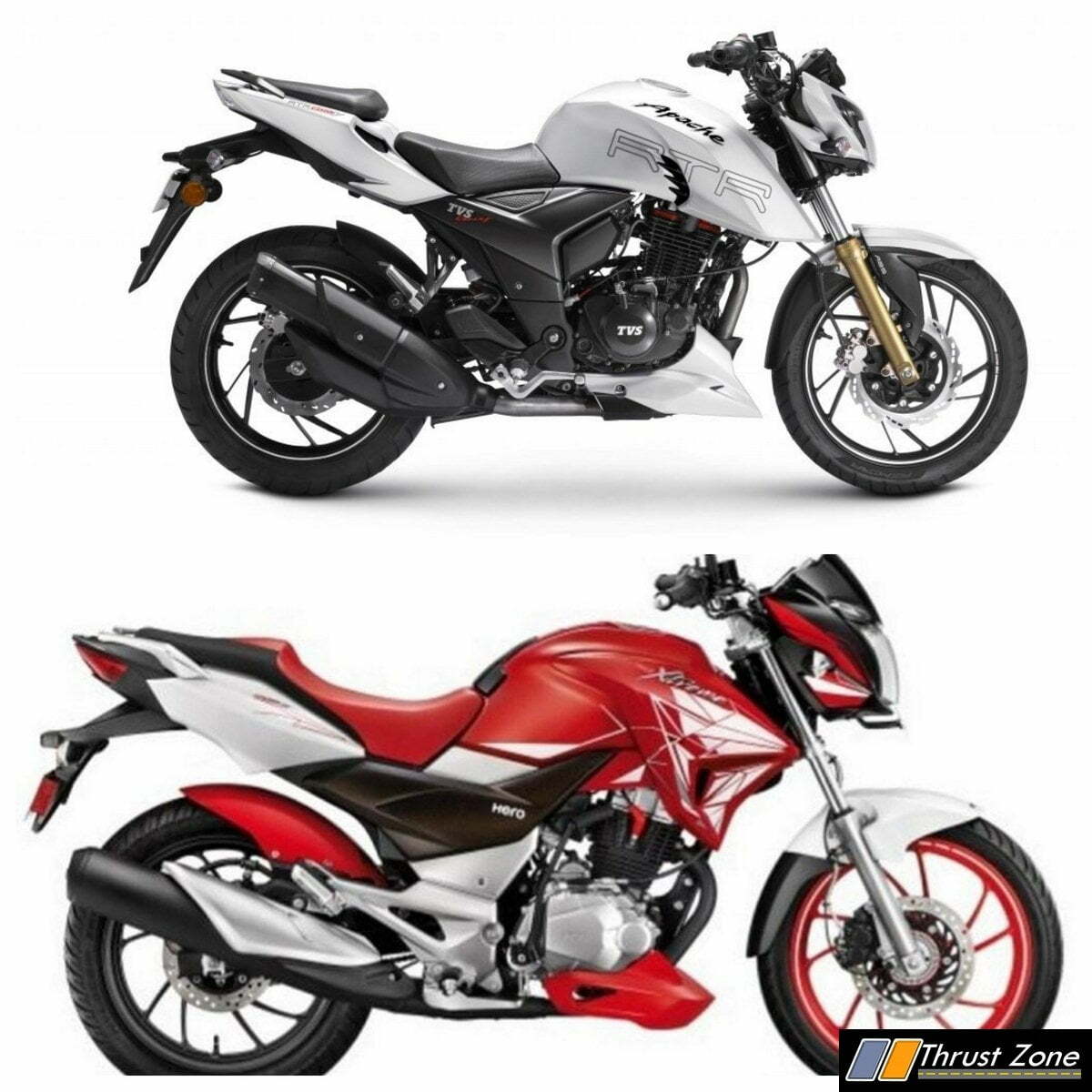 Two years ago, Hero had showcased the Xtreme 200S concept at the Auto Expo. Now the Indian two-wheeler manufacturer has finally unveiled the production model and it is named as the Xtreme 200R, but it hasn’t announced the price yet. As the Xtreme 200R competes head on with the Apache 200 4V from TVS, lets have a look at who steals the show.

Engine and Transmission:
The Xtreme 200R from Hero is powered by a 199.6 cc air-cooled petrol engine which is coupled with 5-speed manual gearbox. This mill produced 18bhp of power and 17Nm of twist.
On the other had, the Apache 200 4V from TVS is powered with 197.75cc air and oil cooled petrol engine which is also coupled with a 5-speed manual gearbox. While, this mill is capable of churning 20.21bhp of power and 18Nm of torque. Not only the does the Apache 200 4V produces more power it also gets an oil cooled system and an optional fuel injected engine that the Xtreme 200R misses on. 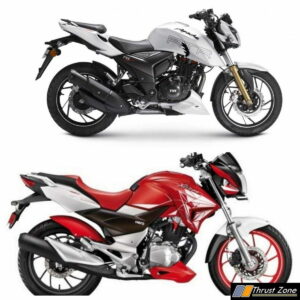 Hero is offering the Xtreme with a diamond frame which the manufacturer claims is light and stiff. This frame uses the engine as the stressed member and it is also known to be cost effective and also provides better handling.

Where as TVS has offered the Apache 200 4V with a Double Cradle frame. The only disadvantage of this frame is that it is heavy in weight as compared to the Diamond frame. Hence the kerb weight of the the TVS Apache 200 4V is 3kg heavier than the Xtreme 200R. In terms of handling as the frame is heavy and stiffer than the Diamond frame it provides better handling. In terms of suspension both the bikes get a telescopic suspension at the front and the rear come equipped with a mono shock suspension. 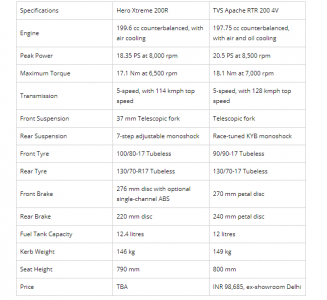 Well, the TVS Apache 200 4V clearly out turns the Xtreme 200R. But we will have to wait and watch for the price list of the Xtreme 200R. The price will be announced at the upcoming Auto Expo which will be held in the nation’s capital.