Hurray! KTM and Husqvarna Electric Scooter Coming In Based On Electric Chetak! 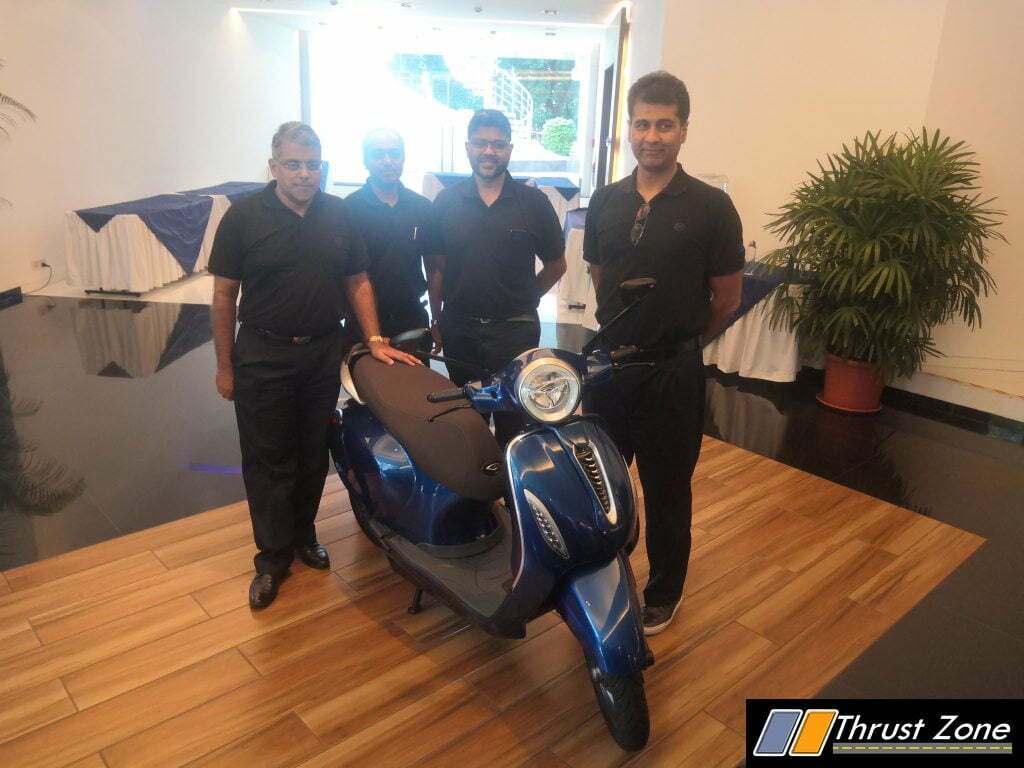 Lately, the Electric bike segment has been booming a lot and it will only see more growth. Every manufacturer has something or the other up its sleeve and so does Bajaj. The brand saw unprecedented growth almost 15 years ago with the launch of its scooter- Bajaj Chetak, and now the company aims at launching the Chetak again. Wow, that’s pretty amazing, but hold your horses. The new Chetak electric scooter and expected launch can be around January 2020.

The new Bajaj Chetak packs in a 4kW motor with the retro bodywork to keep the visual appeal intact. The mileage on a fully charged battery is claimed to be 95 km and 85 km in sport and eco mode, respectively. Initial deliveries will be done in Pune and Bengaluru based dealerships. The price bracket for the Chetak is set from Rs 95,000 to Rs 1.5 lakh.

However, Bajaj is already working on a performance-oriented version of the Chetak and will likely sell it under the KTM and Husqvarna branding. Looking at the Chetak’s spec-sheet, we can assume that the new KTM/Husqvarna iteration scooter will boast even more sleek and performance-dedicated bodywork. The power figures might see a big bump and other elements like front and rear disc brakes, better suspension and premium material can be expected. This was our query answered by Rajiv Bajaj at the Chetak Yatra finale today, in Pune.

The high-performance KTM and Husqvarna Electric scooter will tick a few boxes similar to the Chetak, likes of DRLs, Digital Console, Mobile phone connectivity, LED lights and presumably the metal body panels. Currently, the KTM/Husqvarna scooter is in its early stages and hence the wait will be quite long, but till then the Chetak can probably be the filler.