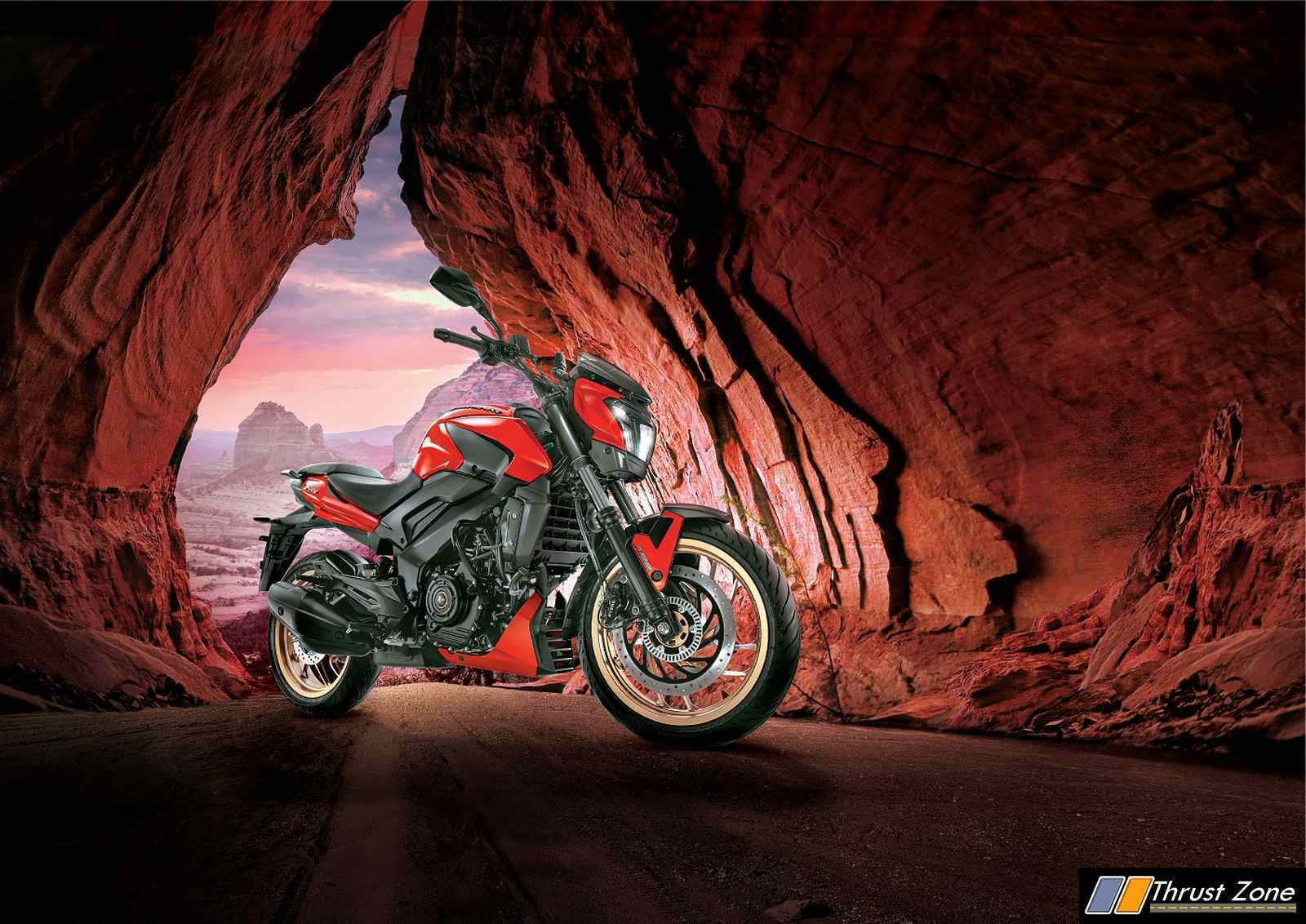 2018 Dominar 400 now comes with three colors change to choose from without any price increase. We bought you all the images first earlier in the month

Bajaj is set to create a wave of motorcycles that will hit the market in 2018. The manufacturer launched two major motorcycles in the country. We also have told you in the past that the motorcycles could be a 400cc DOHC engine equipped, a 110cc motorcycle and updated Avenger cruiser are also part of the list, which were launched recently. However, it doesn’t want to forget its new motorcycle, the Dominar 400 which has been doing really well. Not in terms of sales in the domestic market but in the way the product has been received in the market by its customers. Overall sales in domestic and export markets are something that the Dominar excels at.

Bajaj wants to keep it that way by offering more to the customers. Bajaj has introduced the 2018 Dominar 400 which was spied on the factory floor with a brand new red colour recently. Today we can see two more additions to the same color are added. The swingarm and frame are in silver color which does a great job of bringing the color out and makes the motorcycle stand out in a louder manner.

Handlebar also finished in silver color. This clearly reminds us of the CS400 that was seen at the Auto Expo 2014. 018 Dominar 400 collection available in three colors such as Rock Matte Black, Canyon Red, Glacier Blue. All come with unique Gold Dust alloy wheels. Bajaj says they are not asking an extra price for the colors. 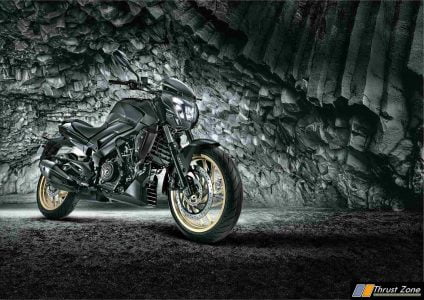 Bajaj has discontinued the Blue and Plum color which did not that well, but this certainly should help and make things better for prospective customers. We see no mechanical changes because the bike is already equipped with segment first features such as the Slipper Clutch, LED lights, ABS and a 400cc engine which churns out 35 PS of power and 35 Nm of torque from its SOHC 4-valve, triple spark engine. The new Dominar 2018 collection is now available across Bajaj Auto dealerships in disc variant at Rs. 1,42,109 & in dual channel ABS variant at Rs. 1,56,270 ex showroom Delhi.