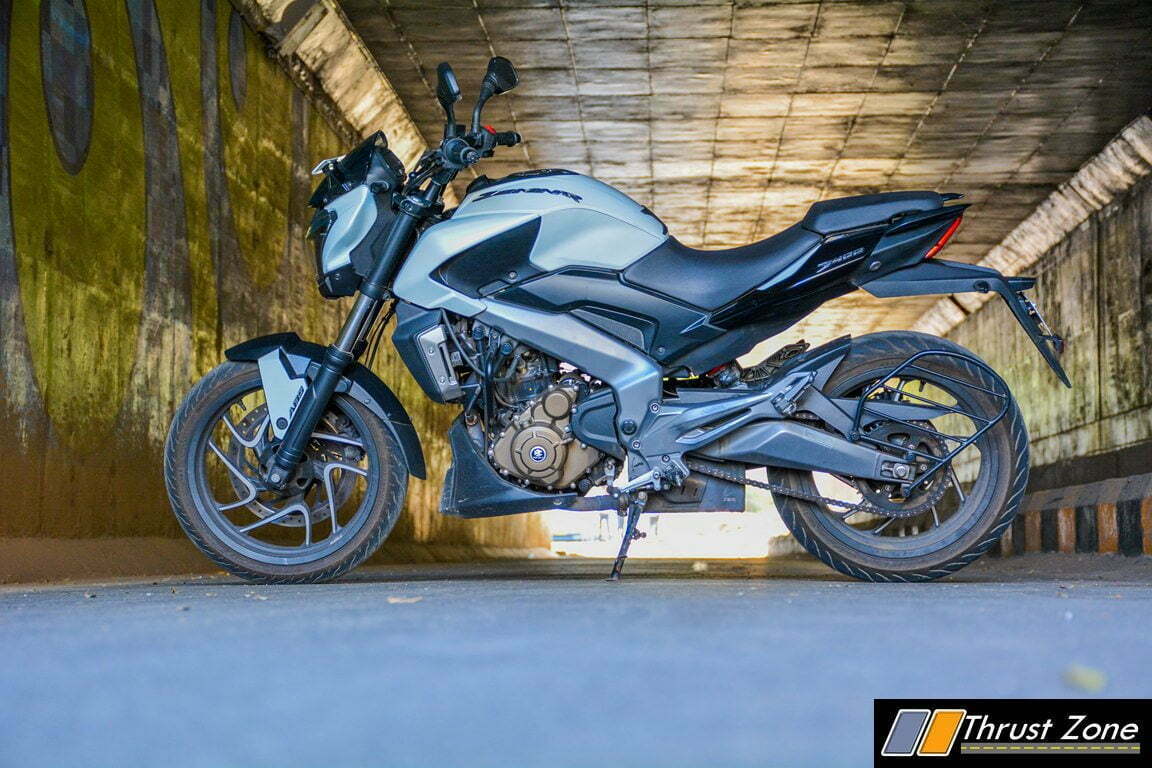 Dominar 400 as we know is still talk of the town and is leading the premium market space to a whole new level for Bajaj and the entire segment together. The manufacturer launched the bike in December, we gave you our first detailed impression and told you that it was good as bikes get. However, first impressions are first, we try and road test everything we can post first impressions are done. Road test of the Dominar is finally done and we have all the details you need to know as we spend over 839 kms with the bike in a week, riding it in every condition possible. Commuting, weekend rides and testing for all the numbers all of us need to know. We will keep details limited to performance and practicality as we have covered the rest thoroughly. 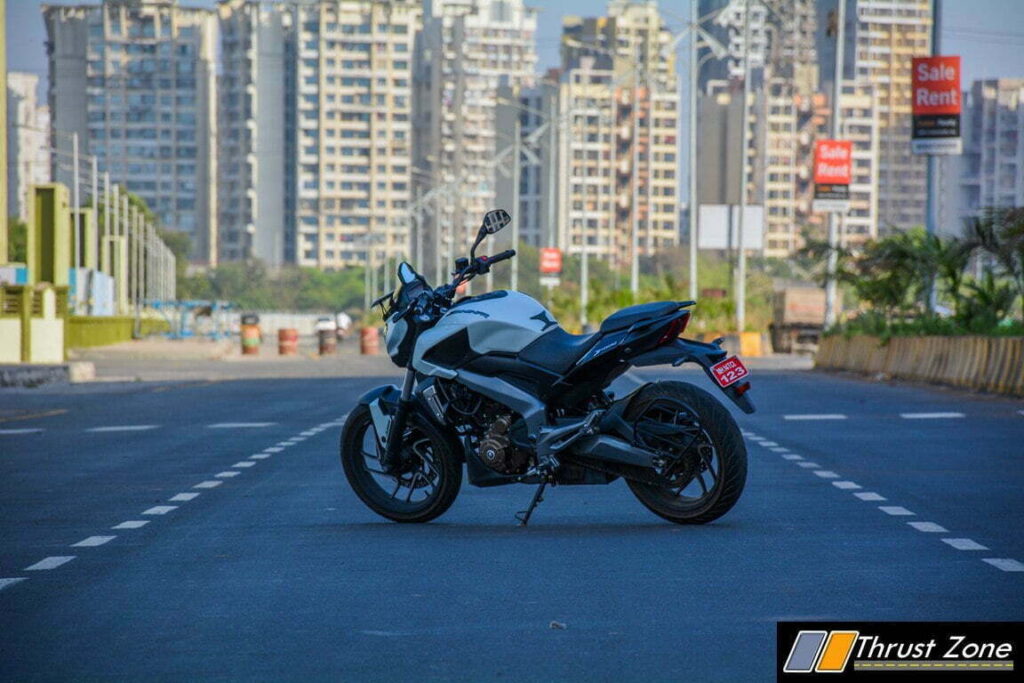 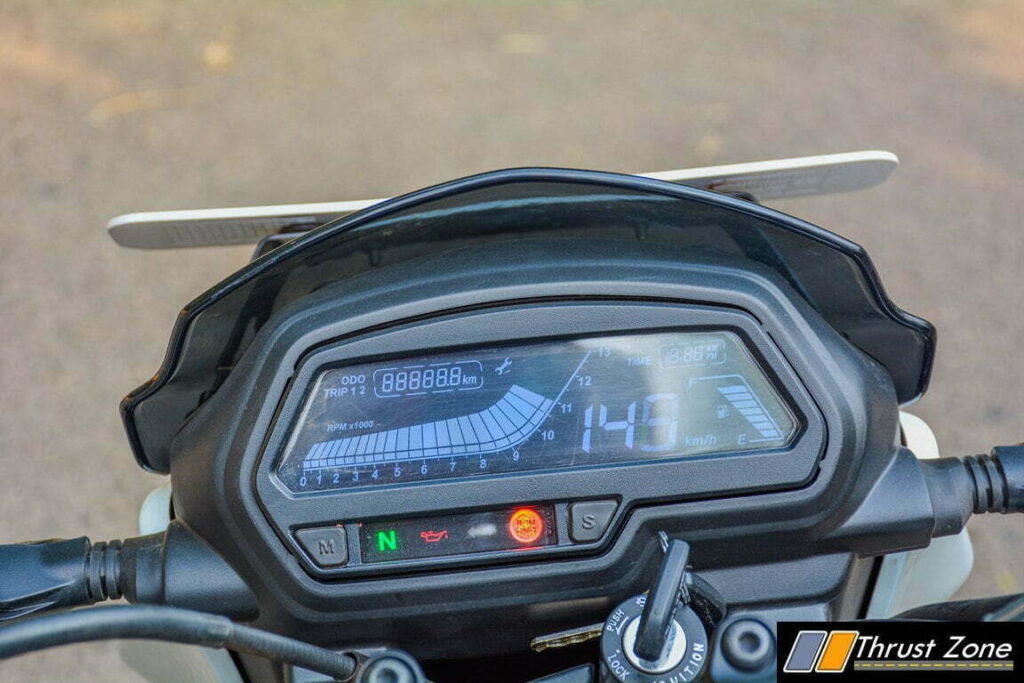 Where the Dominar disappoints is in the cluster area. All though it does look rather cool and it is visible in direct sunlight as well, the tachometer demands special attention, as shifts happen around 5-7k RPM, while the visible part is 10-13k RPM. The cluster also has no fuel-efficiency parameters at all and not giving them in a fuel injection bike renders the whole point. Tell-tale lights are in abundance but they are not something that come in handy every single time. The fuel tell-tale light just blinks when the tank is set to go empty. We ended up getting 280 km from tank. 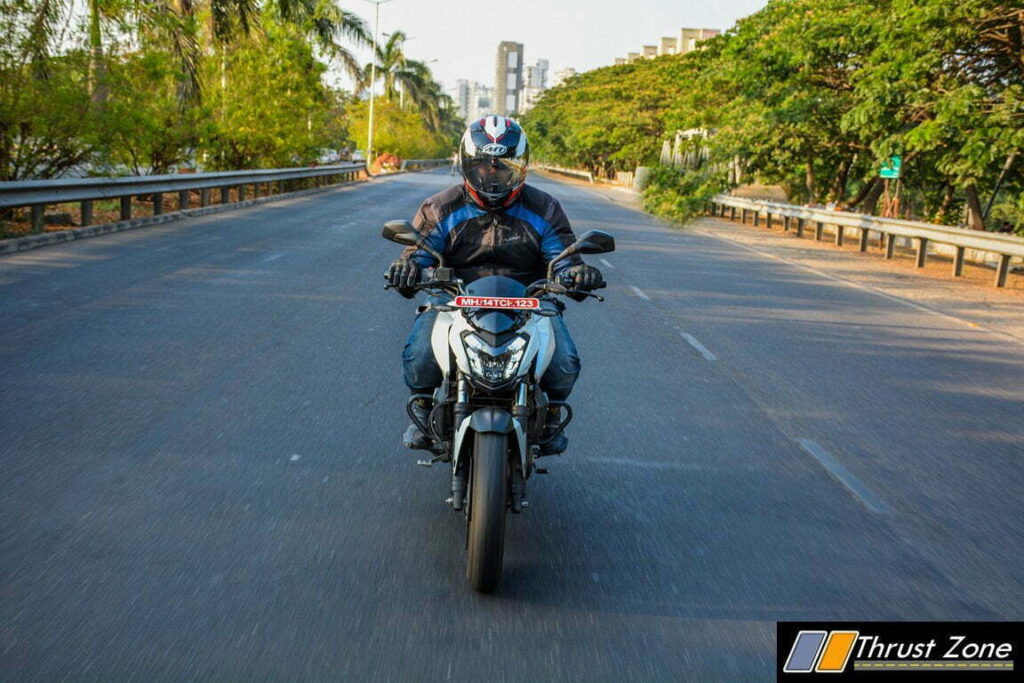 While commuting we did find out that the engine does get warm (not hot) despite Maharashtra wide travelling we did where temperatures were reaching 40 degrees. The refinement levels are good, but vibrations kick in certain RPM and gears and there aren’t present all the time. Our test bike had vibrations at higher RPM and while cruising around 120 km/hr. Low-end torque is quite good for a 390 based engine, but the mid range is where the entire concentration is. Top-end power isn’t much but top speeds are as high as 152 km/hr on our GPS equipment. 0-100 km/hr was done in 8.0 seconds which is almost as quick as the Ninja 300. 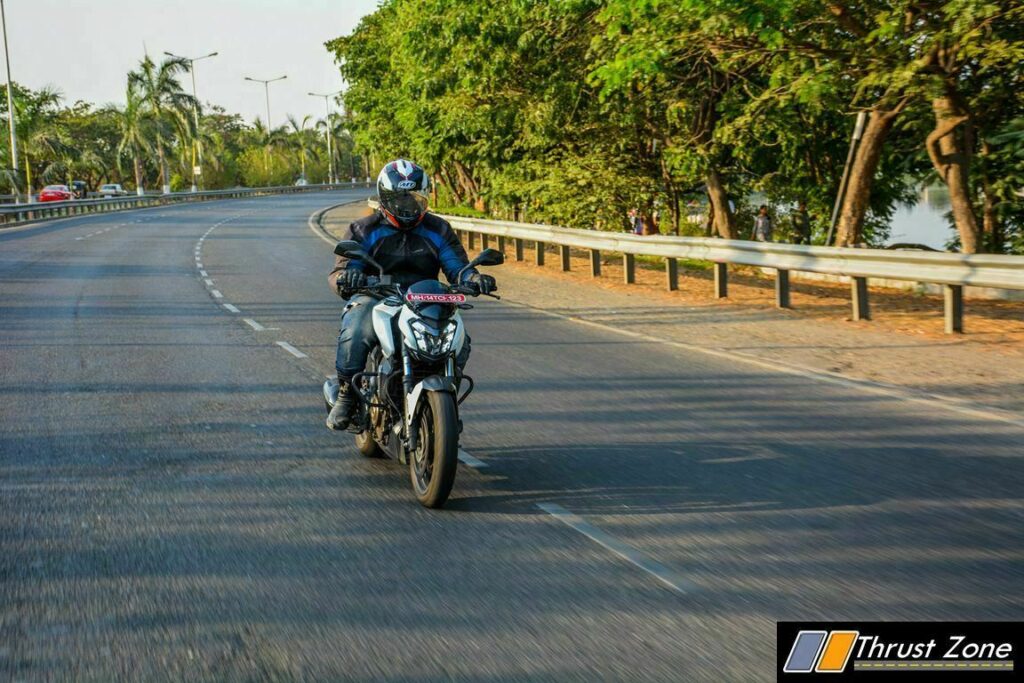 The 35 PS and 35 Nm of torque masks the weight well. As a powerband, the Dominar 400 works really well and doesn’t disappoint for its intended purpose. The shorter overdrive gear helps extract more power and allows more mid-range power over the donor 390 gearbox. The engine does spin as fast as the Duke 390 too. If you want more, just get the Duke 390, which we already have in our long term garage for comparisons. Vibrations, again, is a dicey affair with the Dominar. The bike we tested in January had little to no vibrations. However, this bike has a buzz in just the top-end of the power band. This is because the top overdrive gear is now shorter than its donor engine and it continues to make same amount of torque and hence the stress and vibration, both, are witnessed. 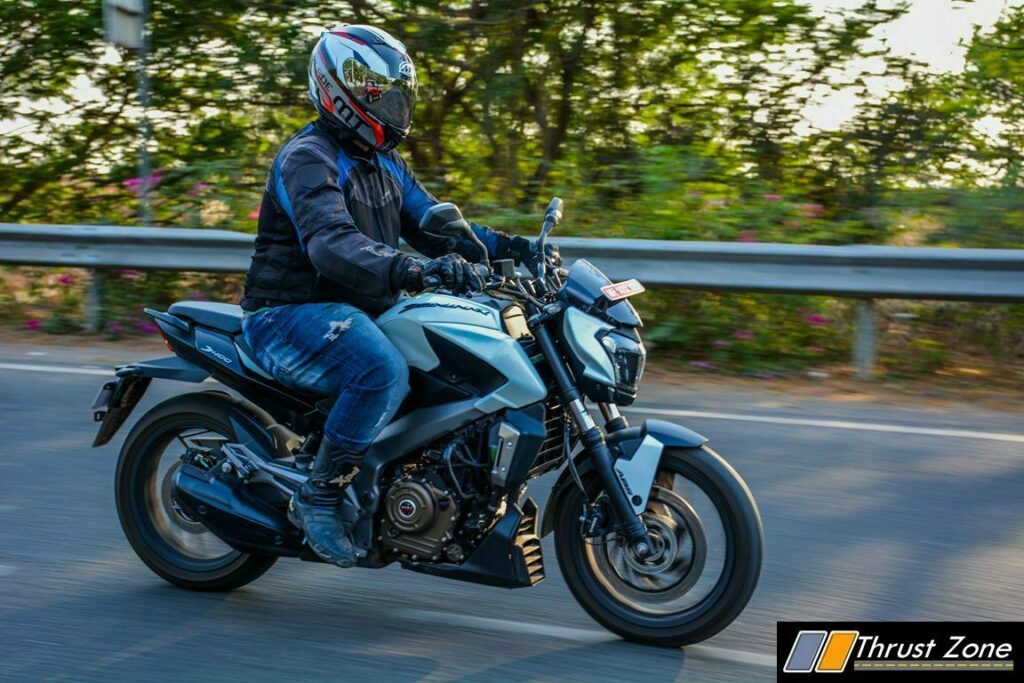 In our testing, we got 27.3 km/l over 839 kms of testing. The two problems we saw while testing is that the fork oil was seeping and the engine did heat up a bit. However, when we checked around, we found the Dominar was in need of a oil change. We are sure, post that it isn’t going to be a problem as none of the owners are reporting it. 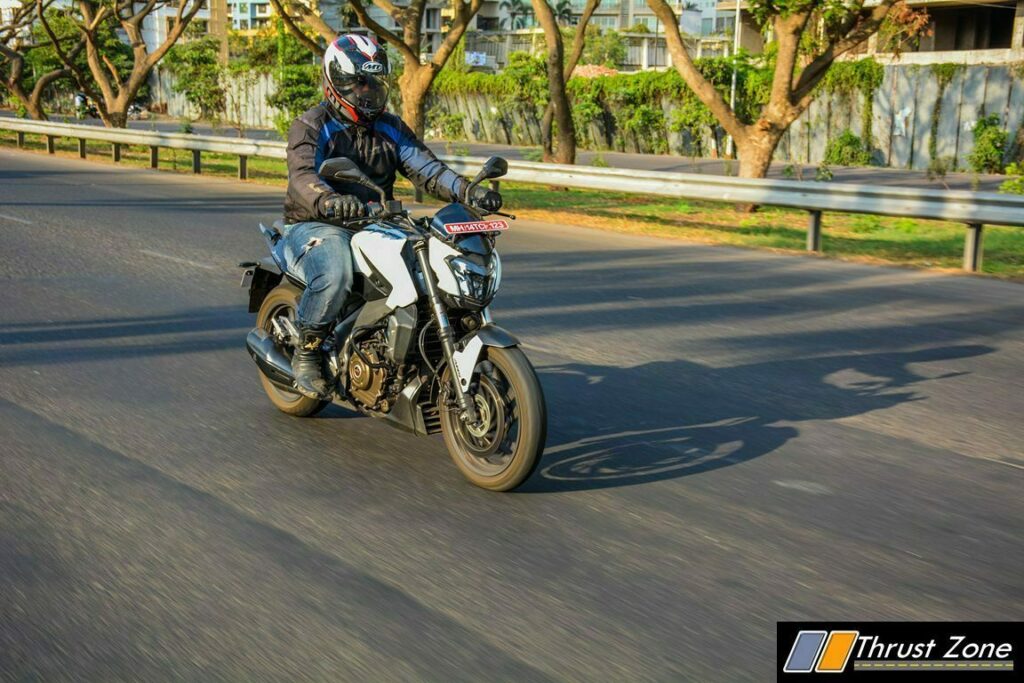 Dynamically, we love the chassis, as it is very potent, absorbs all the power Dominar makes as the engine is also more relaxed than the donor 390 engine. What we find out while cornering a lot on twisty roads all this time is that the front-end is poised and balanced but there isn’t the feedback. Primarily, we are used to USD at the front which provide more feedback. 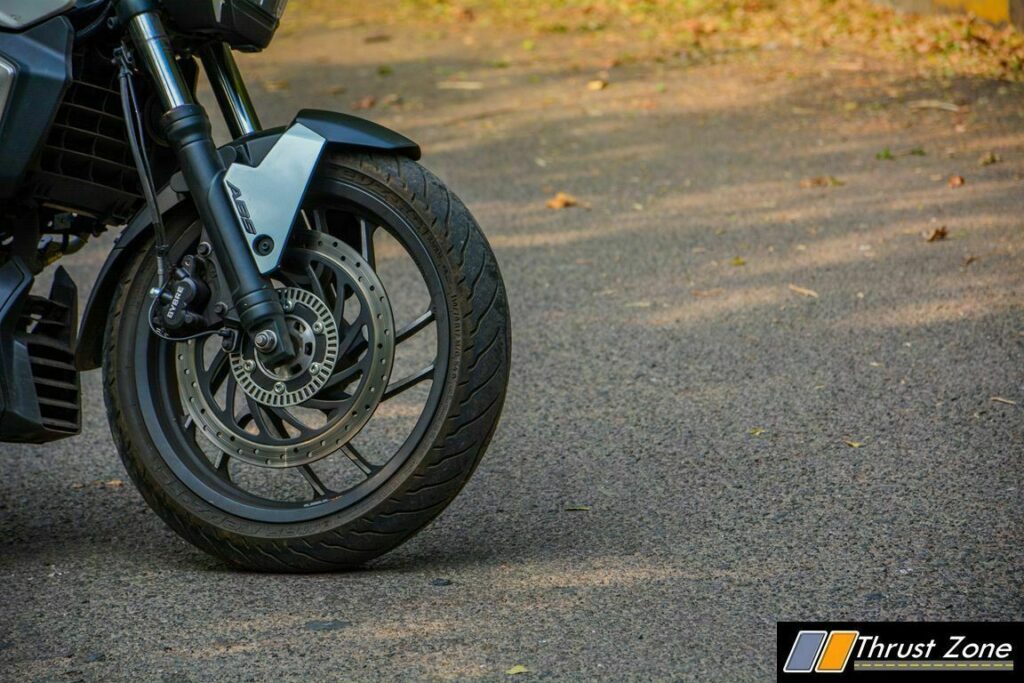 The Dominar 400 is quite a stiff motorcycle with same 43mm forks but not USD units. Rear also continues to be quite stiff at medium speeds, as speeds get higher or low speed compression is compliant enough not to throw you off the seat. Speaking of rear, we found the tyres also not feedback rich and as we told you earlier, the tyres need a good warm up before you head out on the twisities and start attacking corners harder. The MRF REVZ tyre are great and sticky but they don’t give a sense connection which is seen with all their tyres recently. The ground clearance can be adequate for single rider, but more luggage or heavy pillion can decrease clearance and we did find it touch once over a large speed breaker. 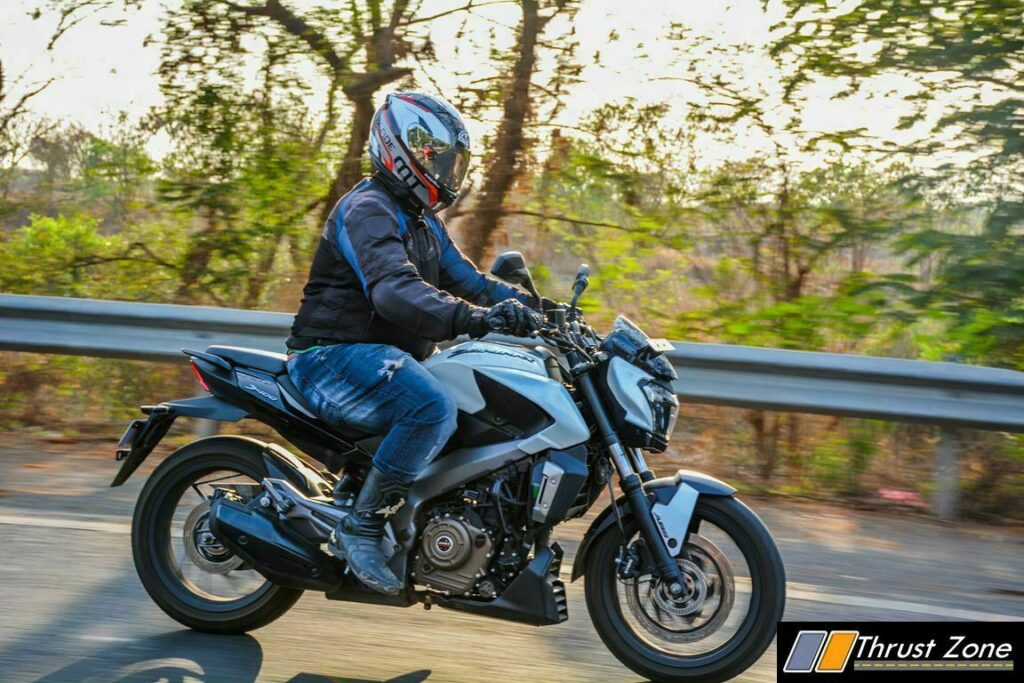 Dominar does lack a bit of features and with a recent increase of Rs. 2000, surprisingly, it still continues to be value for money. Safety aspect is considered rather well as you get the best brakes Bajaj can offer along with ABS. LED Lights do their job very well as the illumination is good but the spread is limited in certain angles, which is not a worry-some affair. 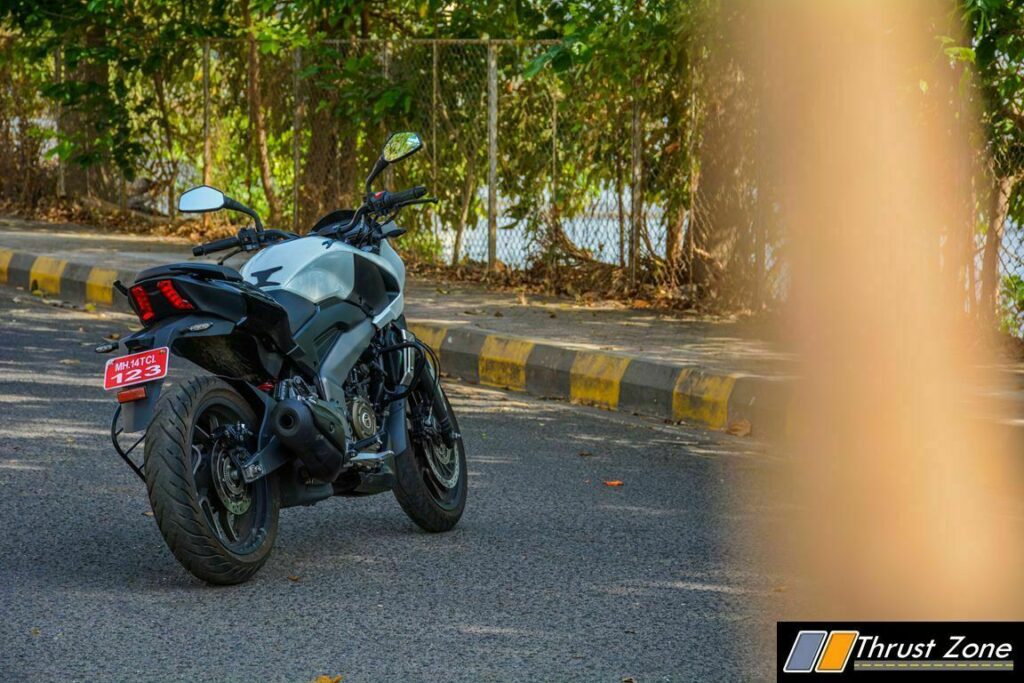 Dominar 400 scores everywhere 10 on 10 as a motorcycle if you need a single motorcycle which can commute, go sport touring, long distance touring and even go to the track if you want. A set of more sticky tyres will ensure proper feel-some feedback from the chassis and the road which will inspire even more confidence. Comfort is in the bucket loads as it fits big and small riders as the handle bar position is just right. Big riders appreciate the massive seats and the cushioning it offers. Tall riders can also find themselves at peace with good legroom. 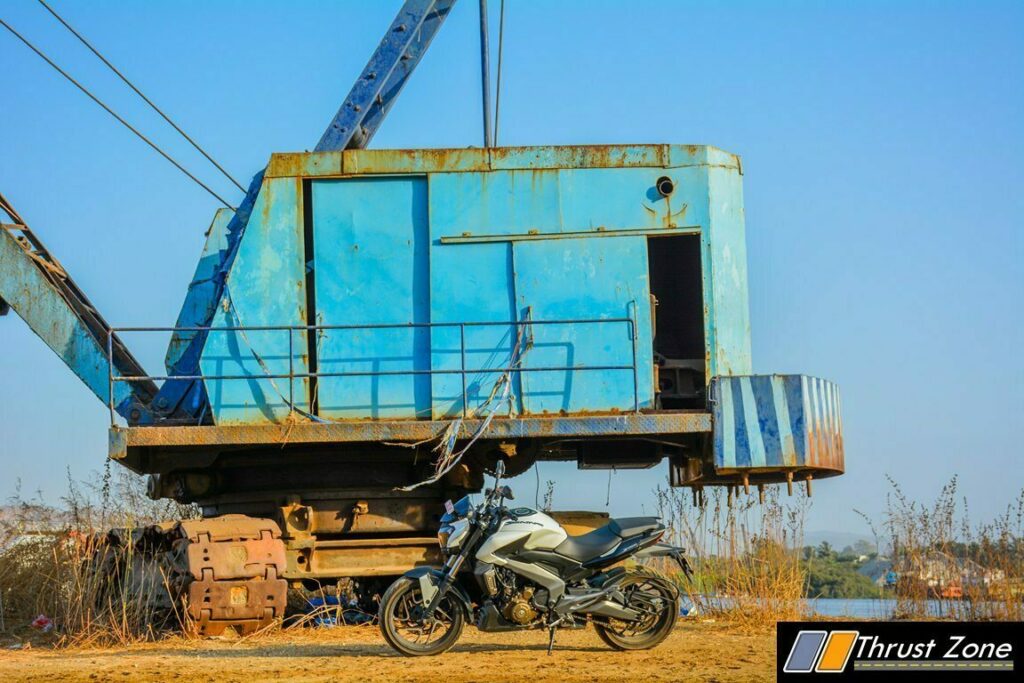 Bajaj’s first attempt at providing a universal handlebar rather than committed clip ons or lower set bars and higher seat position has always seen on the Pulsar’s. Unseen on the Dominar is a sight of big relief. To sum it up then, the Dominar major points are the comfort and the way it delivers power at the same time, it is something to relish every day and as this is the reason why it is a power cruiser, an ideal match for an Indian riders need. 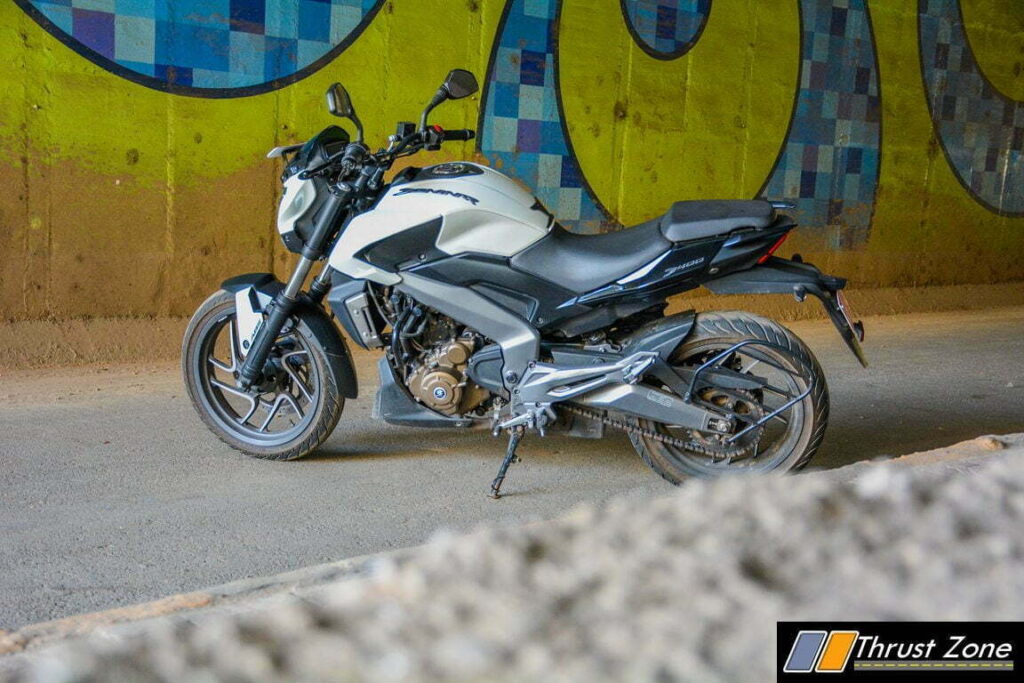