Jaguar Land Rover India today announced the start of sale of the Jaguar XJ50, a special edition model designed to celebrate half a century of their flagship saloon. For five decades, the Jaguar XJ globally has been the distinct choice in the segment. 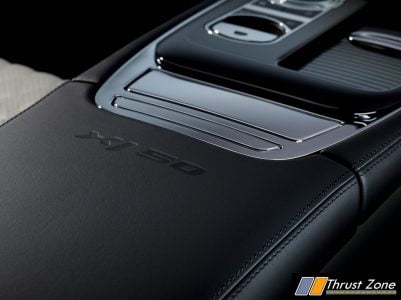 Available in long wheelbase with a 3.0 l, 305 PS diesel powertrain, the exterior updates for the XJ50 include Autobiography-style front and rear bumpers. These mark the anniversary edition out alongside purposeful 19-inch wheels, chrome radiator grille with chrome surround and unique badging to the rear and side vents, while the striking colour palette includes Fuji White, Santorini Black, Loire Blue and Rosello Red. 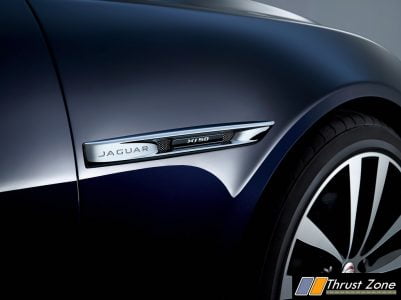 Inside, cabin features include the soft-grain diamond-quilted seats with an embossed leaper on the headrests and an XJ50 logo on the centre armrest. Unique intaglio branding and XJ50-badged illuminated treadplates also differentiate the anniversary edition, alongside anodised gearshift paddles and bright metal pedals. The saloon was launched earlier in the world and now the car makes it to India as well. Bookings for the Jaguar XJ50 are now open and is priced at Rs. 1,11,30,000 crore ex-showroom pan India. We wish the full-fat XJ575R also makes it our shores too! We will find to someone to interview at 299 km/hr too.

Read this too: Jaguar XJR575 annouced

Read this too: XE Petrol Reviewed!

Read this too: XF Diesel Reviewed

Read this too: F-pace wins world car of the year

Read this too: JLR India offers entire list of apparels and accessories

Read this too: Jaguar XE diesel launched in India

Read this too: Jaguar F-Pace Wins womens car of the year award

Read this too: F-TYPE SVR launched in India

Read this too: Jaguar will discontinue v6 and V8 engine soon

Read this too: F-pace sales touch one lakh worldwide