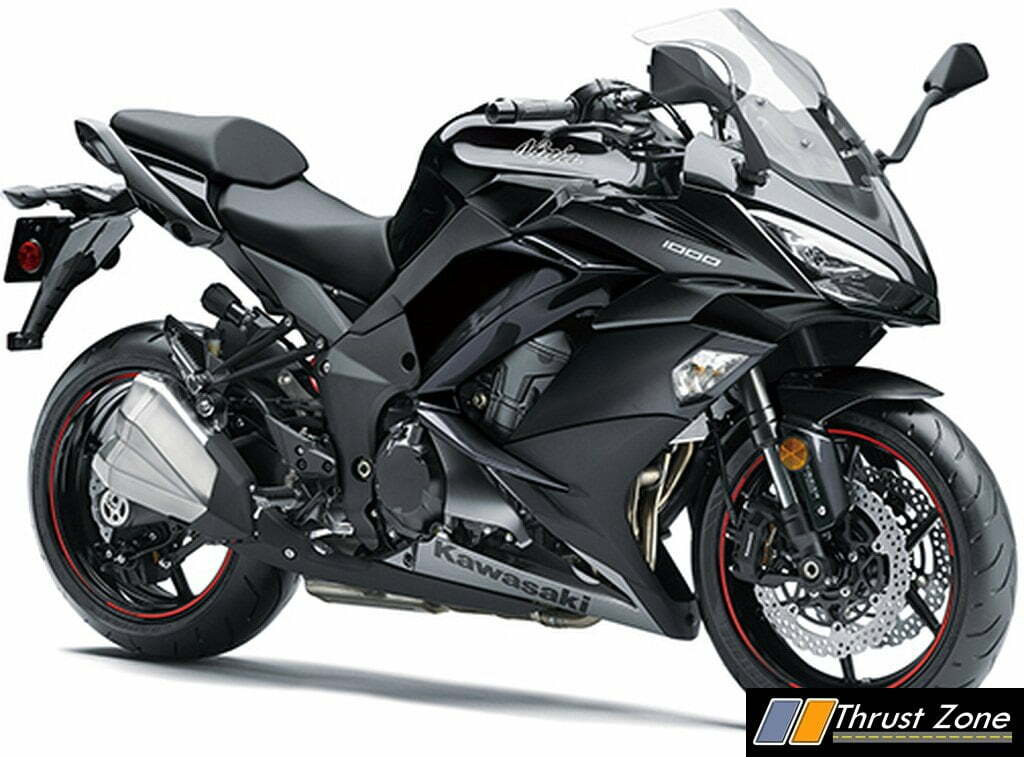 Kawasaki Z900, which was earlier available in two colours, is now available in complete metallic spark black colour. Apart from the new colour, the Z900 model year of 2018 has also undergone some graphical changes, which give the naked bike even more eye-catching look. The other two colours helped Z900 to establish in the Indian market and the new colour will give customers one more option to choose.

Z900 in earlier available colours which has given the company good results. Kawasaki Z900 is a Completely Built Unit (CBU) in India, which is produced in Kawasaki Motors Thailand (KMT) currently. The technical specifications and the price of Z900 of 2018 are the same. Based on the response from customers India Kawasaki Motors will evaluate the stock between these colour options.

Sports-tourer Ninja 1000 ABS is Kawasaki’s most desirable motorcycle in India right now thanks to great pricing. Up till now this motorcycle was alluring customers with its performance and touring credentials. The new colour change has given the Ninja 1000 ABS more attractive look without compromising on the DNA of Ninja family. To be very specific on the colour change, it has got now new shade of emerald blazed green / metallic carbon grey and metallic spark black/metallic carbon grey. Ninja 1000 ABS, which Kawasaki also calls as “Gentleman’s sportbike”, is available in India at Rs. 9,98,000 (Ex Showroom Delhi). Ninja 1000 and Z900 With New Colors come just in time for the festive season.