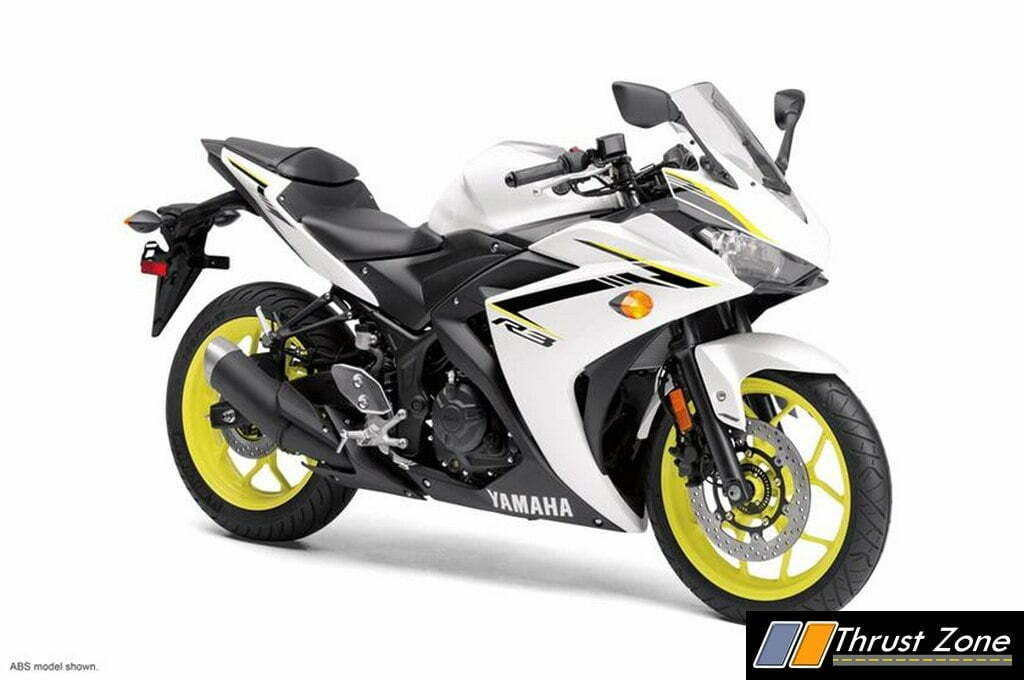 Yamaha launched the R3 in the year 2015 in the Indian market and it good review and feedback for its package that it offered. It was cheaper, faster and better than its direct rivals and offered a lot of practicality and performance for Indian riders. However, the post the initial rush, we did not see much happening with the R3 and the motorcycle continued with numbers which were better than its Japanese rivals, but not as much as its European rivals. Today, news comes in that the R3 has been taken off the market for some time and it will come back with upgrades. We have details that you can look and expect Yamaha will bring to the R3.

The aggressive design continues to be on offer. The front twin-headlamps, the sharply cut side fairing, the short and substantial stance will continue. The motorcycle will have the same riding position as before and will continue to be comfortable and sporty at the same time.

The steel tubular frame continues to be on offer. The telescopic front forks and preload adjustable rear monoshock will be on offer as well. The tyres will be mostly the same as well when it comes to dimensions. The 110x70x17 section tyre at the front and the rear will offer 140x70x17 tyre. Brakes will be the same as well, the front disc will be 320mm that will be mated to an 2-piston caliper and the rear has 230 mm disc brake which has a single pot caliper.

Expect a minor price jump when it just comes to making the engine BSIV compliant. The launch should happen April-May 2017.

The motor will be BSIV compliant and will make the similar amount of horsepower and torque as before. The engine is a 4-valve 2-cylinder unit which is liquid-cooled and fuel-injected that makes 42 PS of power and 29 Nm of torque. The engine is mated to a 6-speed gearbox. The top speed of the bike is rated a 180 km/hr. The motorcycle accelerates from 0-100 km/hr under 6 seconds.

ABS could finally make it to the motorcycle hence the delay? We will wait. The motorcycle continues to feature speedometer which has fuel-economy parameters to be shown along with the usual tell-tale lights. There isn’t special that comes along with the R3 in terms of features.

Read this too: r15 version spied in INDIA/a>