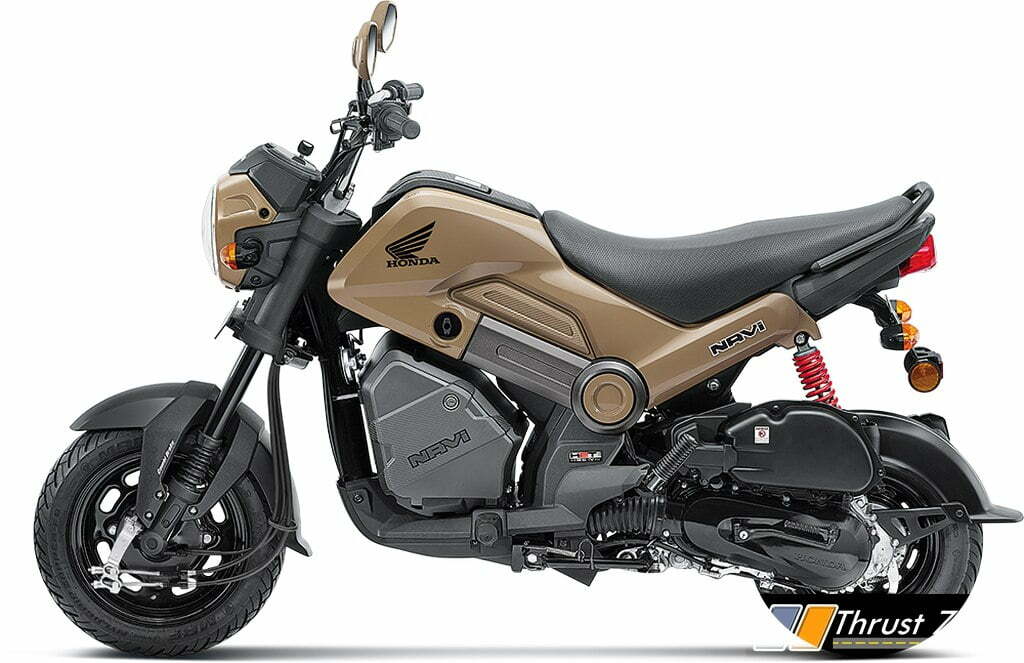 Honda launched the Navi into the Indian market with much fun and fare in the year 2016. The moto-scooter was funky and had a different approach to the traditional scooter with an handlebar at the top that was exposed and an automatic gearbox equipped engine just like a scooter. The tiny dimensions, good suspension and small wheels made it the most flick-able scooter in the Indian market allowing to chuck wherever possible.

There were host of colors, accessories and many things to choose from at the dealerships of Honda. The specification has been the same all throughout these years despite updates here and there. This time the update including adding CBS, which was missing since day one to the moot-scooter. The 2019 Honda Navi CBS has been priced at Rs. 47,110 ex-showroom Delhi. The specification are listed below and the colors can be seen in the pictures below which get revised graphic for 2019.

Read this too: 2018 Honda Dio with LED and digital cluster is here