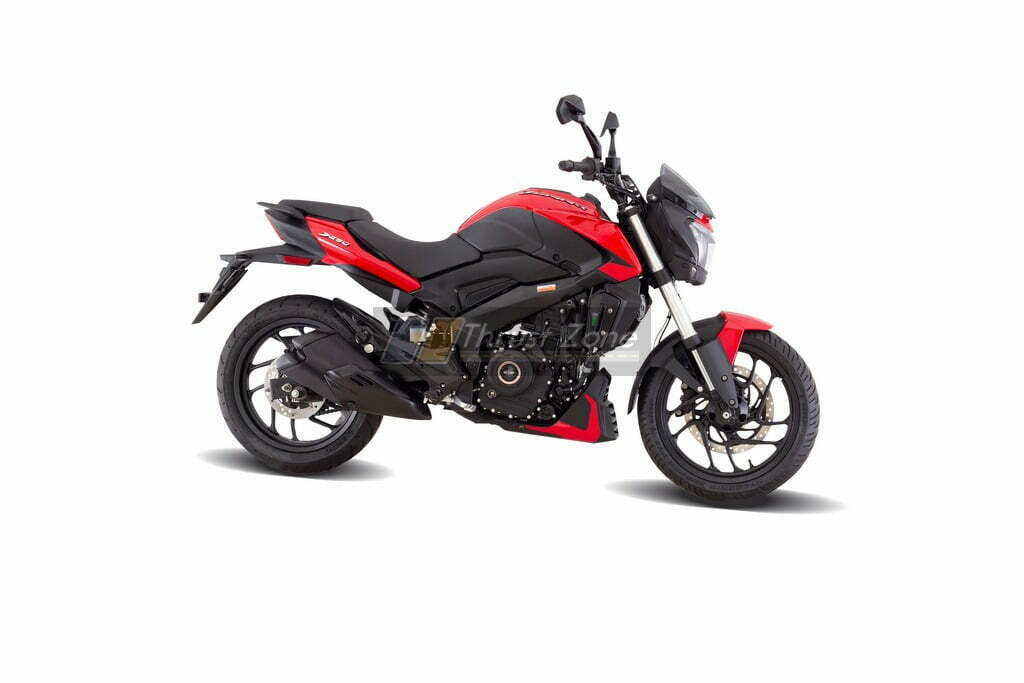 For all those who’ve wanted the Bajaj Dominar for a while now, and for whatever reason, be it the looks, the brand image, the affordability, your prayers have just been answered. Rajiv Bajaj, Managing Director for Bajaj Auto had let the word out for the Dominar 250. Now, Dominar 250 Launch is set to happen as we have been sent an invite to test ride one in March. We expect Dominar 250 Launch has happened and it is priced at Rs. 1.60 lakhs ex-showroom and on-road price is around Rs. 1.90 lakhs which should vary from area to area and dealer to dealer. BS6 compliant new Dominar 250 is now available across all Bajaj Auto dealerships in dual channel ABS variant with Canyon Red and Vine Black colour options at INR 1,60,000/- ex showroom Delhi.

Yes, you read it right, a Dominar, but in the quarter-litre disguise. Well, what stimulates the idea? The sole reason for making the Dominar more accessible to the crowd. Images of the Dominar 250 shows that Bajaj doesn’t plan on shredding the life out of the bike just because it will receive a smaller power plant. The Dominar 250 is borrow a lot of the styling and cycle parts from the 400. Slipper clutch is still part of the package.

Likes of the slimmer 37 mm (43mm on D400) upside-down forks and the split digital instrument cluster are present on the smaller Dominar 250. With the double-barrel exhaust and a 300mm front disc, the 250 has a similar appeal as the 400. It also features innovative bungee straps tucked under the seat to help secure gear during long distance touring, a redesigned secondary display showing time and trip information, and spacecraft inspired tank pad decals. 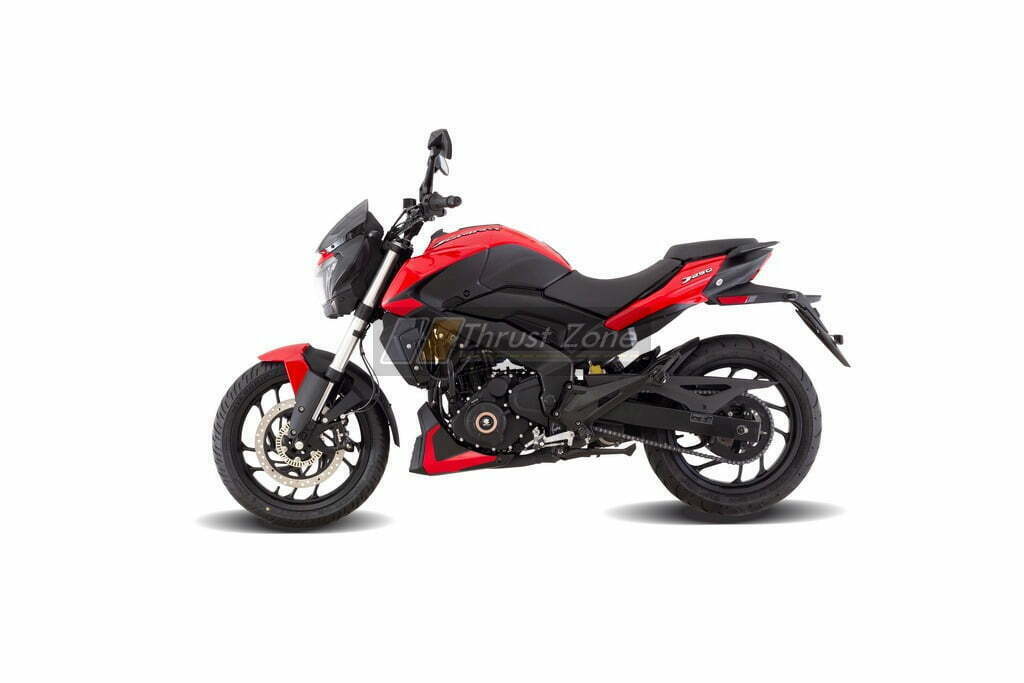 To make the Dominar more accessible though, there are cuts. There are a few changes that we can expect from the manufacturer. Firstly, ditching the expensive swingarm to cut down the cost. The tyre size at the front is 100x80x17 and rear is 130x80x17. Give it a thought, the announcement of the Dominar 250 shouldn’t be astounding in specific. The fellow Austrian brand, KTM has had the 250 Duke for a while now. Even Husqvarna has come up with its 250cc and 400cc version motorcycles. It was only right for Bajaj to open its cards for the 250cc segment as well. And what better way than spawning a 250cc Dominar.

The output figures of the Bajaj Dominar 250 are, 27 PS of power and 23.5 Nm of torque. 3 PS and 0.5 Nm less than the Duke 250 motor it is based on. The Dominar 400 is a bit docile unlike the KTM 390 Duke. In the same way, the D250 motor will likely be more refined and appropriately punchy. Dominar 250 houses a twin spark setup and not a 3-spark setup like its elder sibling. Which is clearly mentioned on the crank case. Even if the engine character of the 250 Dominar resembles the 250 Duke, one shouldn’t be surprised. This allows the bike to sit between the price bracket of the Pulsar RS200 and the Dominar 400. Stay tuned for a ride review in the next 10 days. 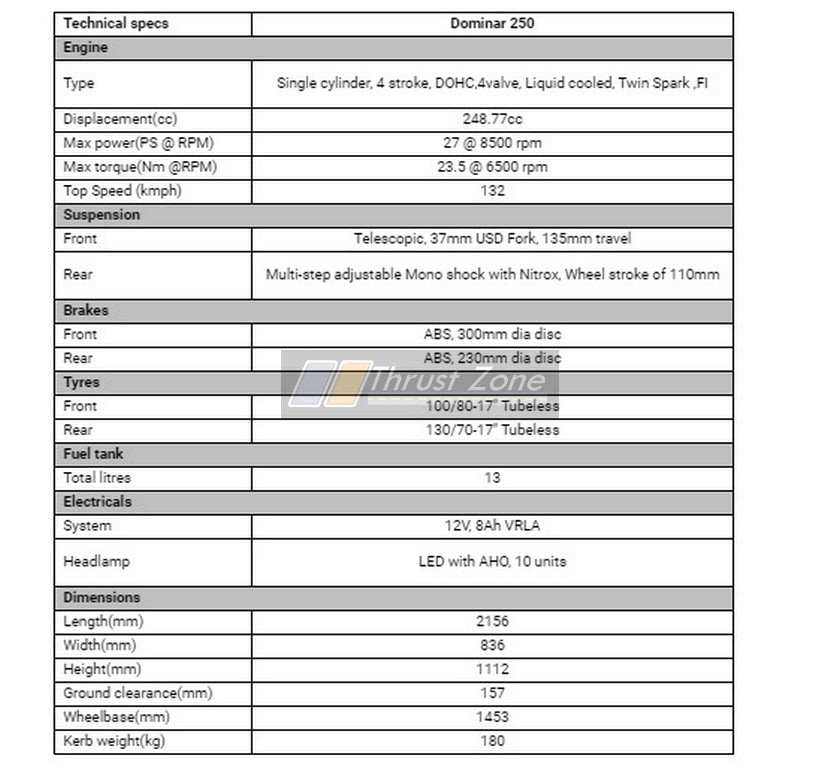