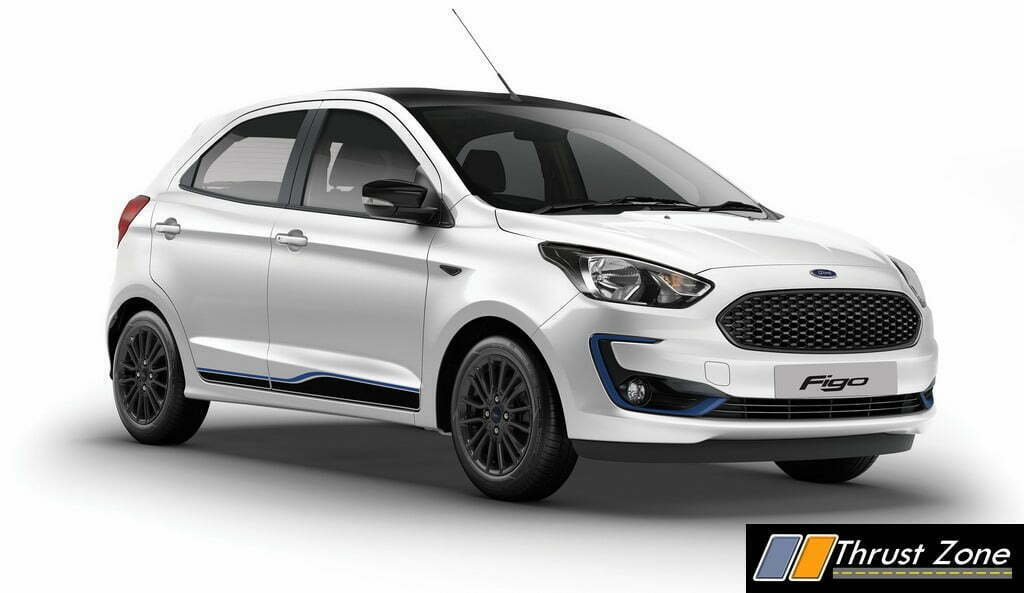 Ford Figo Facelift India Launch is now done. Unveiled a year back in markets worldwide, it finally makes it to the Indian market. The Aspire facelift, which the Figo shares its platform with happened first and this time its turn of the hatchback. Ford has surprised the market yet again with not just the lower price thanks to localisation, but also, five year warranty.

Big, flat and imposing grille at the front with chrome inspiration and honeycomb mesh is clearly making it stand out as a facelift. New alloy wheels, tweaks to the front bumper are on offer. The rear and side profile see no change whatsoever and continue to be appealing. Tail-lamps will have certain tweaks to make it stand out. Manufactured at Ford’s manufacturing facility in Sanand, Gujarat, the new Figo will be available in seven colours, including White Gold, Moondust Silver, Smoke Grey, Absolute Black Deep Impact Blue, Ruby Red and Oxford White. 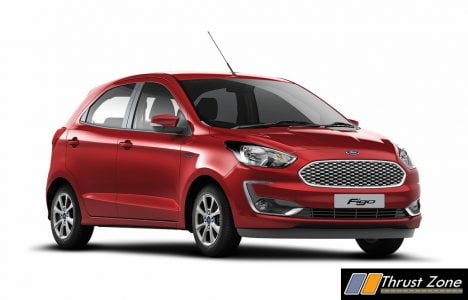 Big change includes a brand new touch screen that will make from the Ecosport facelift to this hatchback and its sedan sibling. Black interior with subtle changes to the roof and seats will make it stand out and refresh the cabin which is the need of the day for the current Figo on sale. Automatic climate control, Sync3 with Apple car play and Android auto will be offered. Electric ORVm, steering mounted control and parking sensors should come with the car as well.

The images show the price reduction than before. 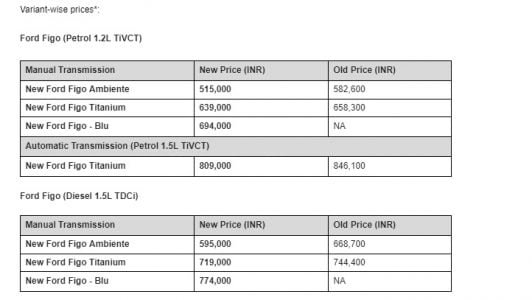 1.5 diesel with 100 PS of power and 1.2 3-cylinder brand new 96 PS Dragon petrol motor has made its way to the hatchback. The engines will continue to deliver class leading efficiency and performance from them. A 1.5 petrol 3-cylinder automatic with 123 PS is here. Ford is expected along with a CNG variant is probably set for launch too.

Six airbags on the top of the line variant along with dual airbags along with ABS and EBD is going to be standard on all variants. 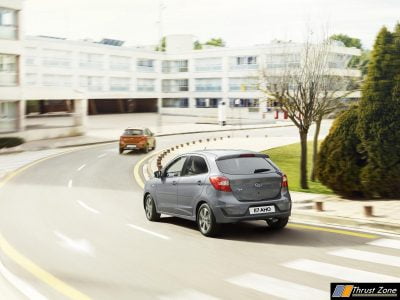