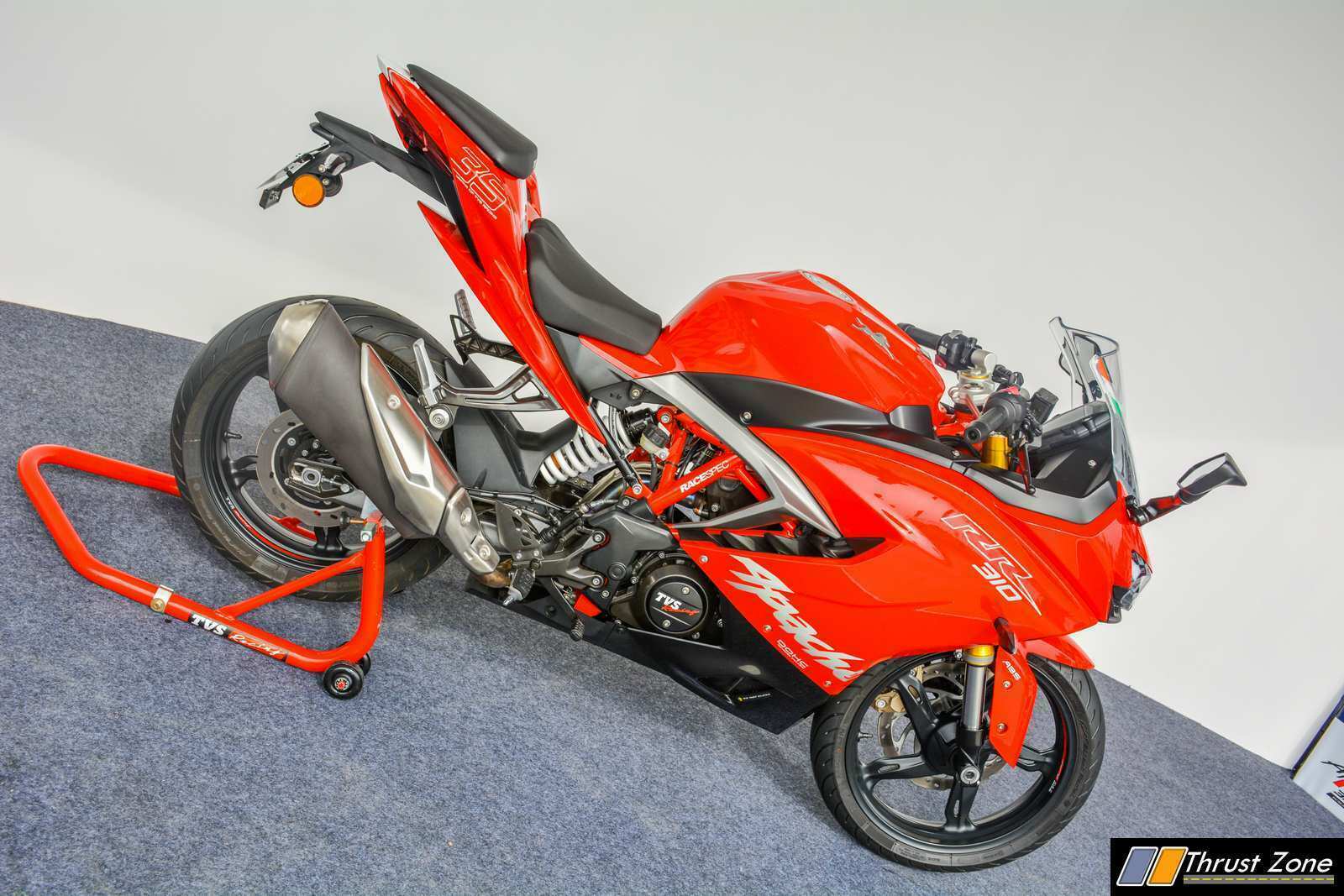 Believe or not, the Apache RR310 aka Akula launch has given a whole host of perspective to the world. TVS launched the bike and we already know a lot of things about not just the Apache RR310 but also the BMW G310R which is entirely based on.

However, TVS has made some changes to make more track-focused because the donor bike is a great platform to begin and minor changes can result in a track bike which the Apache RR310 is. TVS tell us that the ECU that they use is different than what is found on the BMW G310R. The BMW makes 28 Nm of torque but the Apache makes 27.3 Nm of torque. Both bikes, however, make the same 34 BHP of power. However, again, both bikes power and torque at different RPM. The sprocket has been changed and instead of 40 teeth found on thw BMW G310R, the Apache RR310 uses a 41 Teeth Sprocket.

The subframe is all new in the Apache RR310 over the BMW G310R to make things more suitable for the sport bike. You can see that in the way it has been mounted as we pointed out in the review, it looks like a detachable unit seen on the KTM bike. Cosmetically as we know there is a large fairing on offer. The frame remains the same, so does the suspension along with the wheels and tyres are downright identical.