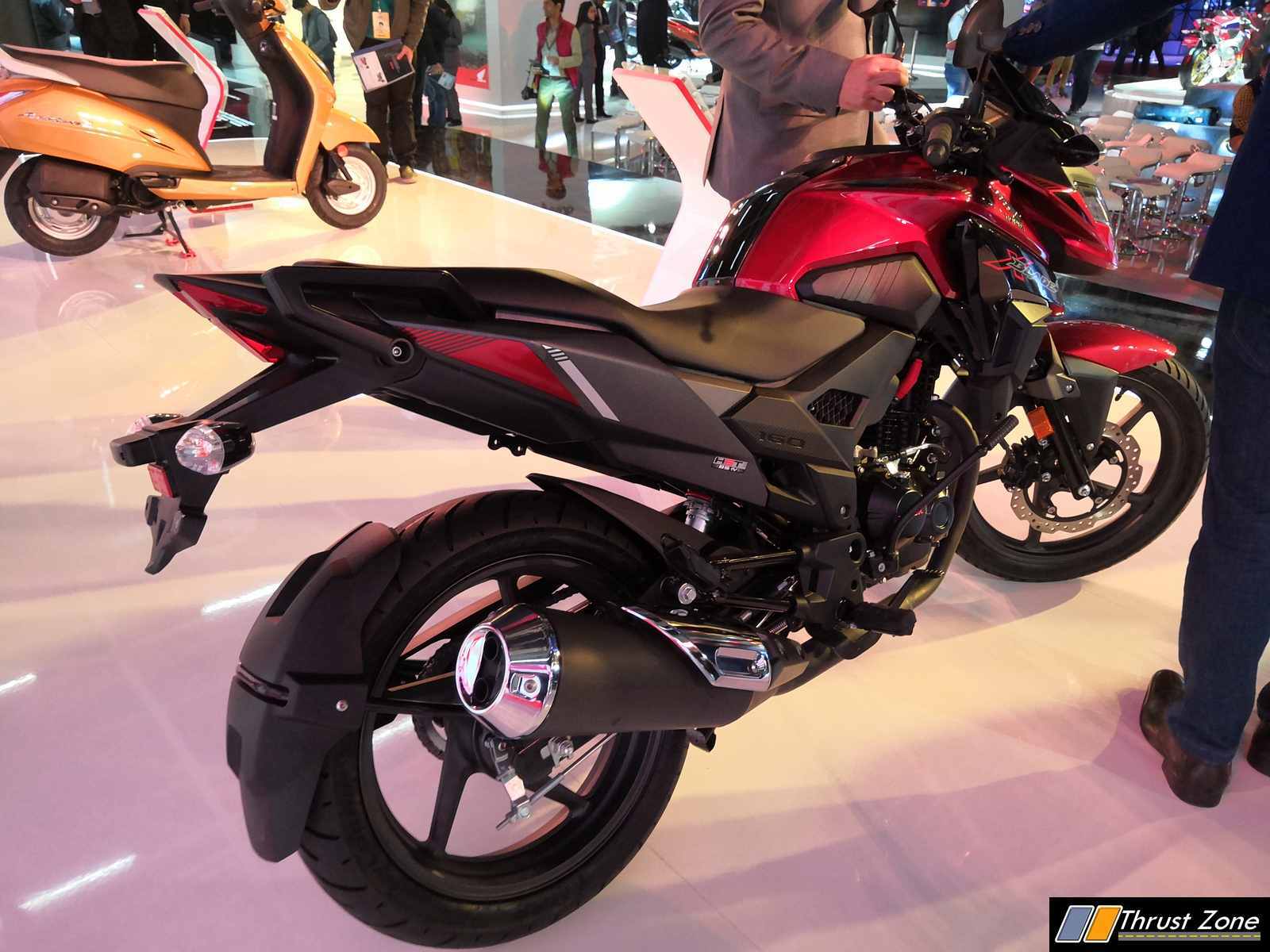 At the ongoing Auto Expo (2018), Honda Motorcycles and Scooter India has unveiled the X-Blade. The Honda X-Blade underpins with the CB Hornet 160R but it has been offered with a sportier design. As of now,  Honda has disclosed its price and the X-Blade will be launched later in the month of March 2018.

Aesthetically, Honda has offered the X-Blade with an aggressive styling and sporty looks. With this, the Japanese manufacturer is aiming to target the young customers. This bike will be available in five colour options: Matte Marvel Blue Metallic, Pearl Igneous Black, Matte Frozen Silver, Pearl Spartan Red and Matte Marshal Green Metallic.

As the X-Blade is built on the Hornet’s profile and this bike comes equipped with new design LED headlight, reworked tail with full LED tail lights and stylish fuel tank with extensions. Honda has also equipped the X-Blade with an all-digital instrument cluster which such show information such as gear-position, service reminder, hazard lights, speedometer, tach-o-meter and trip meter. In addition to this, the X-Blade boosts of an underbelly cowl, twin-pot muffler and a pair of chunky grab rails at the tail.

Powering the Honda X-Blade is the same 162.7 cc single-cylinder, air-cooled petrol engine from the Hornet. This mill is paired with a five-speed manual gearbox and it produces 13.6 bhp of power and 13.9Nm of torque. Stopping this bike is the single disc on the front wheel and drum brake setup at the rear wheel in combination with Honda’s Combi-Braking System (CBS). In comparison with the Hornet 160, this bike runs on slightly smaller tyres which are the 80/110R17 unit at the front and the 130/70/R17 unit at the rear.

Once launched in India, the Honda X-Blade will compete head-on with the Suzuki Gixxer, Bajaj Pulsar NS 160 and the TVS Apache. Honda designed the X-Blade to give it a more sportier and aggressive design to target the young buyers. We expect Honda to launch the X-Blade between Rs 70,000 to Rs 80,000 (ex-showroom, India).