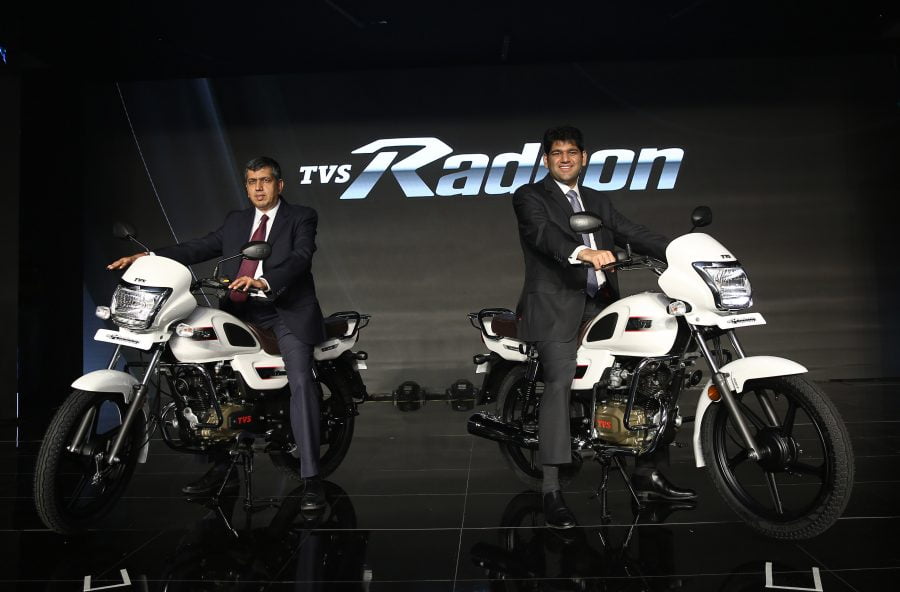 At the 2012 Auto Expo, TVS Motors had showcased the Radeon 125cc which was a concept model. The production-spec gets a completely new design and bodywork in comparison with the concept model. As of now, the TVS Phoenix has been discontinued and there was a lot of speculation of a 125cc commuter bike to be launched.

TVS Radeon boasts of the largest cushioned seat in the segment, both in terms of length and width. The telescopic oil damped front suspension together with 5-step adjustable rear hydraulic shock absorber aid both comfort and longevity. The motorcycle provides a steady ride boasting of a long wheelbase of 1265 mm coupled with the high ground clearance of 180 mm.

The TVS Radeon gets a brand new engine. This upcoming commuter segment motorcycle will run on a 109.7cc single cylinder petrol mill. This engine generates max power of 8.5 bhp at and 8.7Nm of maximum twist at 6000 rpm. The TVS Radeon will compete with the Hero Splendor, Honda Dream Yuga and the Suzuki Hayate.

TVS has equipped the Radeon with premium features such as smartphone charging, LED DRL, a twin-pod instrument cluster, synchronized braking system and tubeless tyres with 18-inch wheels. The bike has been launched at Rs. 48,400 ex-showroom Delhi. 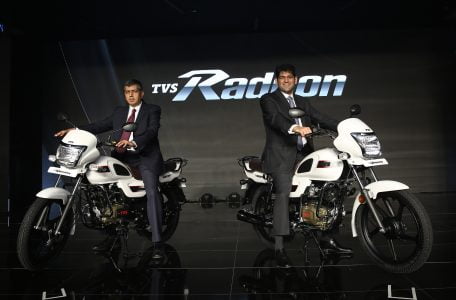 2019 Kawasaki H2 Launched in India – Limited Period To Book It

2019 BMW Z4 Is The Best Iteration Till Date! – Unveiled in First Edition Look!