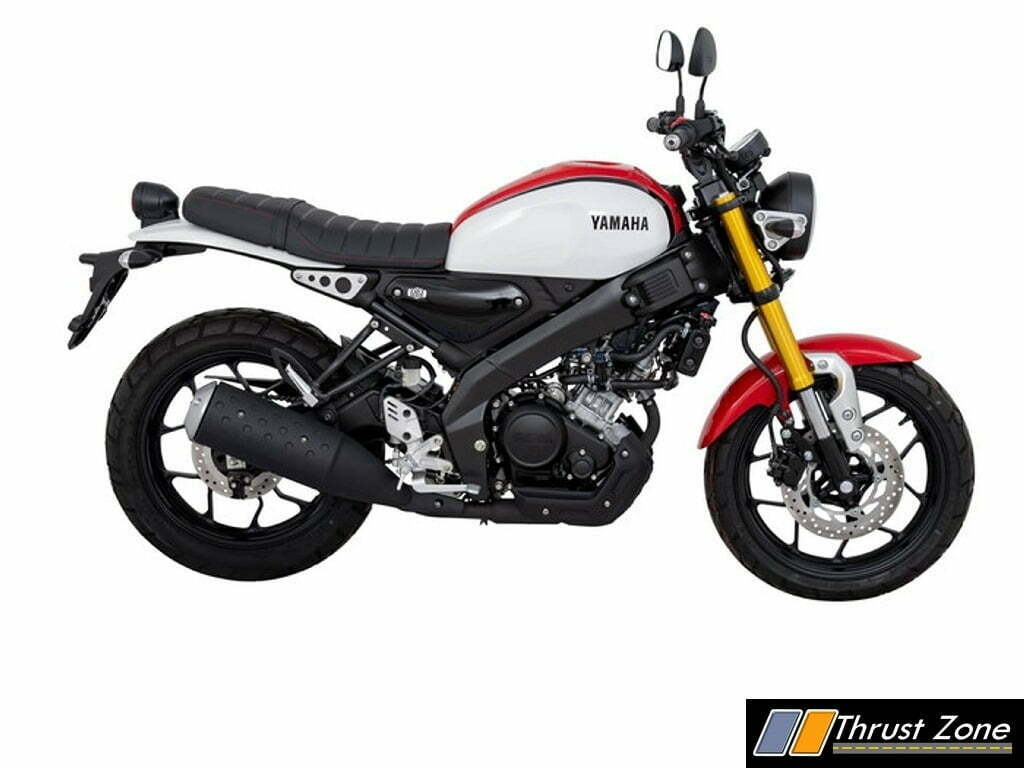 Yamaha has revealed a brand new offering XSR155 in Thailand. The design of the bike is based on the retro theme; however, it derives underpinnings from the modern R15. Some of the interesting design elements on the bike include an inverted front fork suspension system, aluminum swing arm, round LED headlamp, retro-looking fuel tank, and quilted single-piece seat. On the chassis front, Yamaha XSR155 uses the Deltabox frame which has earned quite a reputation among riding enthusiasts thanks to its superb performance in the R15.

There are some similarities between the XSR155, R15, and MT-15 although Yamaha has made some crucial changes to differentiate XSR155 from the rest. Take, for example, the wide handlebar of XSR155 which along with a slightly small wheelbase (MT-15 has long wheelbase) make it a unique personality. Adding more to the rugged appearance of XSR155 is its higher ground clearance and a bash plate.

In terms of instrumentation, Yamaha XSR155 features a circular, blue-lit instrument cluster which curries favor with the retro-theme of the bike and suits its personality well. The bike shares the engine with R15 which means a 155 cc capacity motor here also puts out 19.3PS and 14.7Nm of max Power and max torque respectively. The engine is mated to a 6-speed gearbox with the assistance coming from a slip clutch.

In the Thai market, the Yamaha XSR155 will be available in four different shades – white and red, silver with tan brown, black, and olive green. It has been priced at 91,500 Baht which translate into a saving of around 7,500 Baht compared to R15 and MT-15. It remains to be seen whether Yamaha brought this bike to the Indian market. Along with the XSR155, we also have the inkling that Japanese bike maker might bring XSR 300 to our Indian shores.