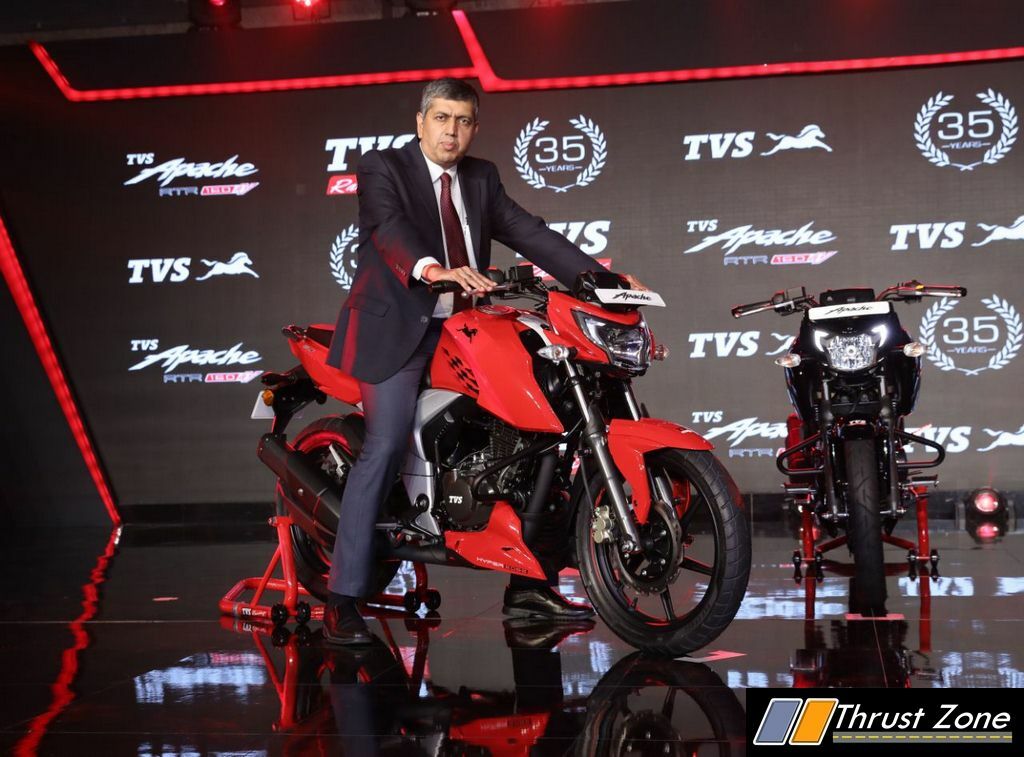 After a series of leaked spy shots, details and computer generated blueprints the new Apache RTR 160 has finally seen the light of the day. Launched on 14 March, 2018, TVS kept the launch ceremony a bit special much like that of the 310RR.

Talking about the design, this new Apache is a complete overhaul. It looks more like its bigger brother, the RTR 200 4V. The tank shrouds, the tank, the headlight, the double barrel exhaust and even the indicators are carried on from the 200 4V.
What also is carried over is the instrument console and the LED taillight. The frame though is all new and is based on the Apache RTR 165 racer. TVS claims to have tested this frame on the track for around 3000 laps. Unlike the 200’s split seats, the 160 gets a single piece seat. Also what differentiates the 160 from the 200 is the single tube type handlebar. The ergonomics are upright and are more focused towards everyday riding. 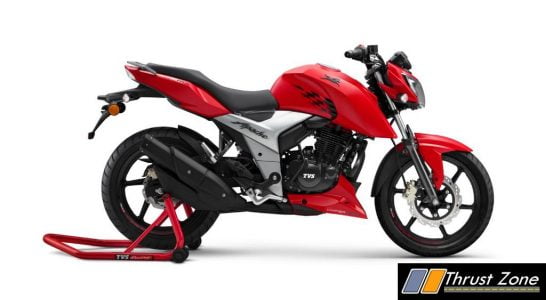 The mechanicals are updated too. The bike features for the first time a showa monoshock at the rear. The engine is the talking point here. It is displaced to 159.7 ccs and is air and oil-cooled. It also features 4 valves now. The power figures are higher than the predecessor at 16.8 hp for the FI version and 16.5 hp for the carb version. Torque too sees a hike at 14.8 Nm for both, FI and carb variants. The bike tips the scales at 143 kgs wet for the drum brake version and 145 kgs wet for the front and rear disc variant.

The TVS Apache RTR 160 4V (quite a mouthful) now is launched in three different variants. Two are equipped with a carburetor while the other is equipped with a fuel injection system. 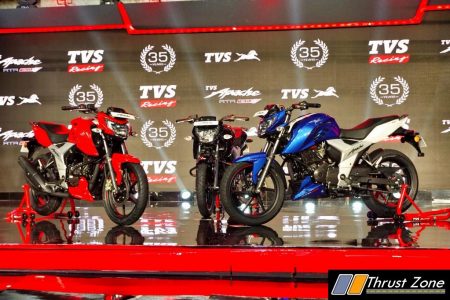 The Apache will go head to head against bikes like Pulsar NS 160, Suzuki Gixxer 155, Honda Hornet and X-Blade and Yamaha FZ 150.