Thoughtful and Magical. Ford India Social Series Is Something That Will Touch Your Heart For Sure [Video]

After touching your heart with its debut video गलियां Galiyan, Ford India’s social series is back with its second original poem, sure to make you reminisce the childhood journeys and dreams.

Conceptualized as an ode to Childhood, the video titled आसमान Aasmaan (Hindi for Sky) derives its thought from discoveries a child makes while looking at the world outside from the rear-seat of a car. The space at the rear during journeys, therefore, not just ensures safety but fosters imagination and dreams.

Shot at scenic locations in Himachal Pradesh by the creative team at Word of Mouth Media, आसमान Aasmaan is co-written by Filmmaker and poet, Vineet Panchhi with Kapil Sharma, Head of Communications at Ford India. 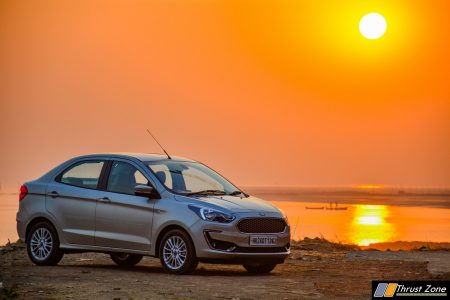 Complementing the spirit of #DiscoverMore, the social content series from Ford looks to bring everyday emotions to life through compelling use of verse and visuals, with Ford products playing a worthy enabler.

The second video features New Ford Aspire as an enabler of discoveries as a perfect family vehicle, not just for the everyday commute but weekend travel with kids. The social campaign looks to a crowd-source original thoughtful verse on self-discoveries from the audience and fans, only to be turned into more videos in the future.

“A vehicle always stands witness to such self-discoveries one makes in a life spanning from a daily commute to an ultimate road trip. Such discoveries often relate us to new places, people, experiences and above all, emotions. We are happy to bring one more such discovery to life with Aasmaan,” said Kapil Sharma, Director, Communications, Ford India.